(You may need to create a NASA EarthData account)

We provide zenith troposphere delays (ZTD) at 5-minute resolution from the GipsyX PPP process in the SINEX_TRO2 format for ~3000 stations from 1992-present, extended weekly with the latest 7 days processed with Final JPL orbits. 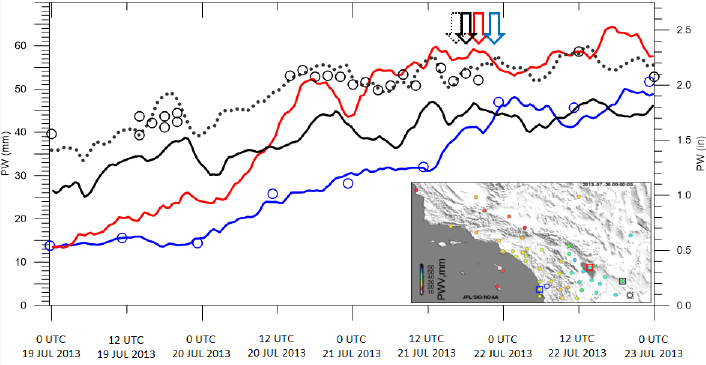