The California Spatial Reference Center (CSRC) is responsible for “Establishing and maintaining an accurate state-of-the-art network of GPS control stations for a reliable spatial reference system in California.”

The CSRC was established in 1997 as a partnership with surveyors, engineers, GIS professionals, the National Geodetic Survey (NGS), the California Department of Transportation (Caltrans), and the geodetic and geophysical communities.

CRSC is a Support Group of University of California San Diego (UCSD). Support groups are an important source of financial and volunteer assistance to the university through outreach efforts and public/private partnerships. We are headquartered at the Institute of Geophysics and Planetary Physics (IGPP), at Scripps Institution of Oceanography (SIO)'s Orbit and Permanent Array Center (SOPAC).  Our governing body is the Executive Committee drawn from local, state and federal government, the private sector and academia, and a Coordinating Council that meets twice a year. 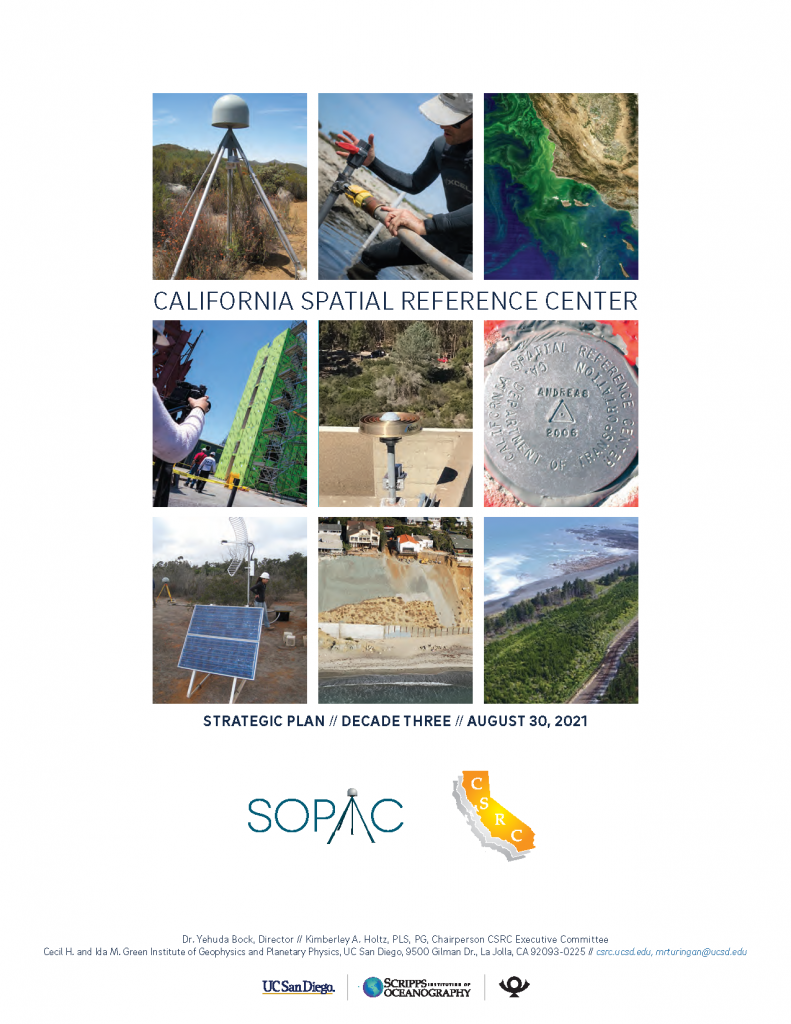 January 14, 2022: Members of the Executive Committee briefed the California Department of Water Resources (DWR) on the importance of a geodetic datum, the California Spatial Reference System (CSRS), and InSAR/GNSS high-resolution displacement grids to DWR's responsibilities for the safety of life through clean water delivery, the safety, longevity and upgrading of critical-water-infrastructure, groundwater use management and flood control.

September 20, 2021: CSRC Director Bock gave an invited talk on the dynamic datum and video at the 61st meeting of the Civil GPS Service Interface Committee. 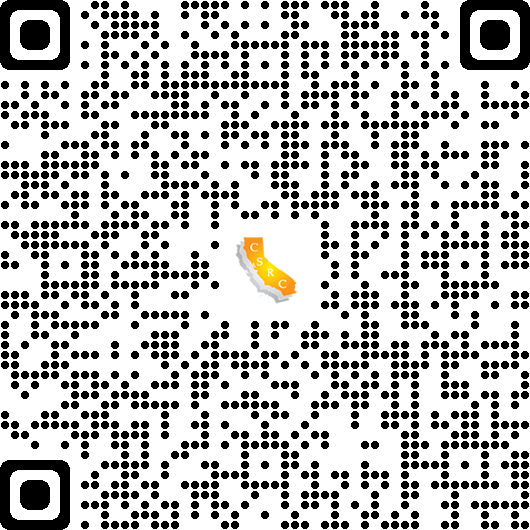 May 6, 2021: Datum Epochs, And How to Understand Them is now available online.

In February 2018, the CSRC published a new geodetic datum for California called “CSRS Epoch 2017.50 (NAD83)” under a Caltrans contract to SIO/SOPAC. The new epoch-date coordinates have been embedded in the RTCM 3.0 data streams since March 1, 2018.